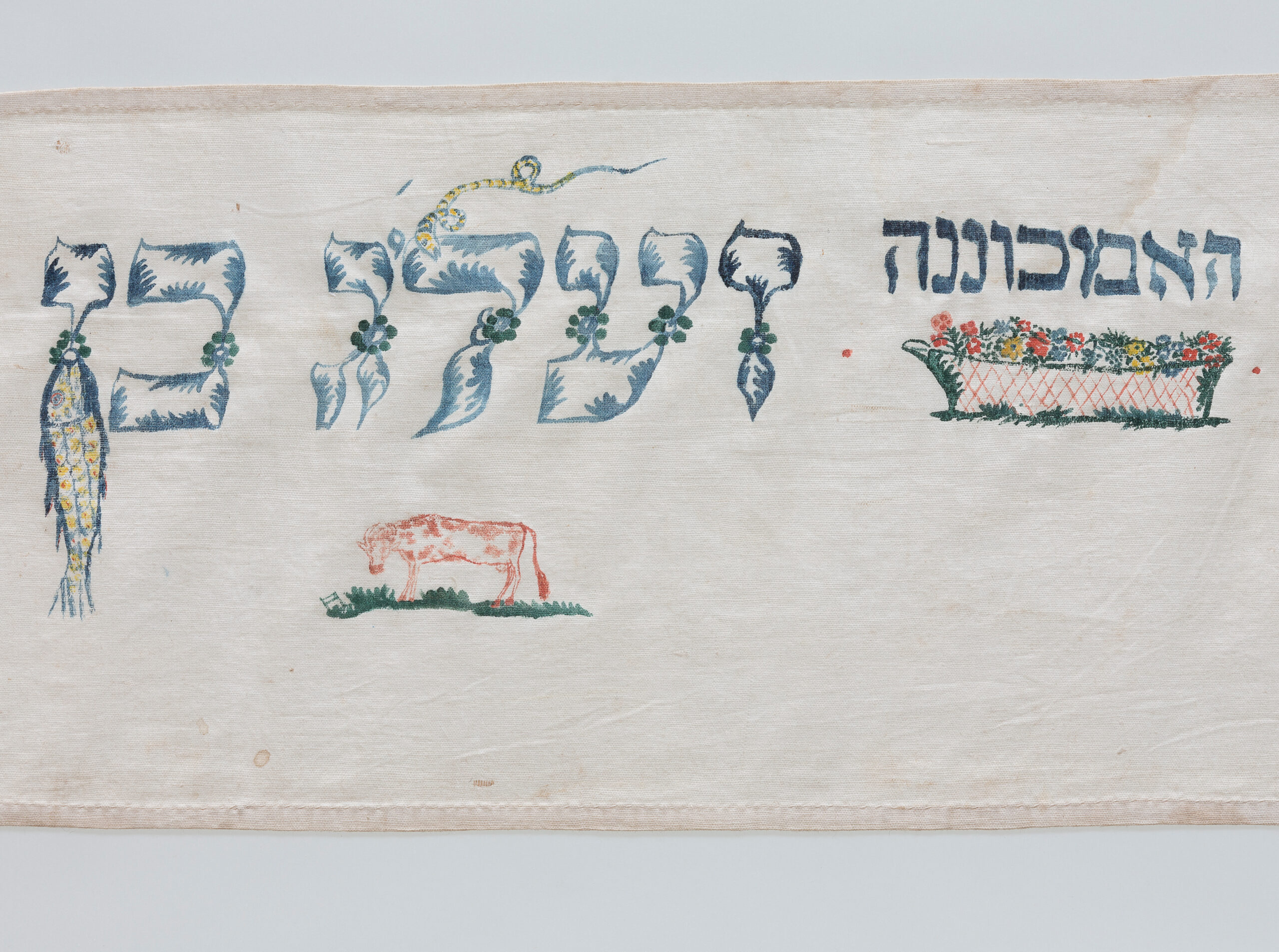 This wimpel was created for Louis Gräfenberg. He was the son of Nathan Gräfenberg and born on 1st January 1837 in Adelebsen into a mercantile family of long standing. As early as 1830, Nathan Gräfenberg received permission to trade in cast iron goods. This became the foundation of his prosperous trading activities. In 1864, Louis came to Göttingen with his brother Carl, where he founded a very successful store for manufactured goods. Louis Gräfenberg died on 19th December 1893. At first, his younger brother Carl, later Louis’ son, Richard, took over and expanded the business. After the National Socialists came to power in 1933, the Gräfenberg family, too, became victims of boycott, lootings and defamation. The resulting loss of income and further repressive measures forced them to sell the business in 1936, well below value. Due to his marriage to a non-Jewish woman, Richard survived the NS-period in Göttingen. Carl’s grandson of the same name managed to escape to Haifa in 1939.
Sources: GebL; Sterberegister Göttingen; PW II p. 76 Nr. 1009; Jörg Klein/Uta Schäfer-Richter: Die jüdischen Bürger im Kreis Göttingen 1933–1945, Göttingen, Hann. Münden, Duderstadt, Ein Gedenkbuch, 2. Ed., Göttingen 1993, pp 79; Alex Bruns-Wüstefeld: Lohnende Geschäfte. Die ‘Entjudung’ der Wirtschaft am Beispiel Göttingens, Hannover 1997, pp 266–273.

The painting of the letters in the inscription bears a strong resemblance to wimpel 1917/335.16. Here too the letters have a vivid design, but the execution of the painting is different. There are no aid lines or preparatory drawings and the words are not written on a baseline. The ornamental painting also differs in its execution and in the selection of motifs. A few flowers and some domestic animals are depicted: horse, cow, hare, dog, deer and bird. The dromedary, situated below the opened Torah scroll, is consequently rather striking. A dromedary can also be found among the animals depicted on wimpel 1917/335.10 from 1786. Two small spelling mistakes, as well as the overall execution, suggest that the binder was fabricated without professional assistance. 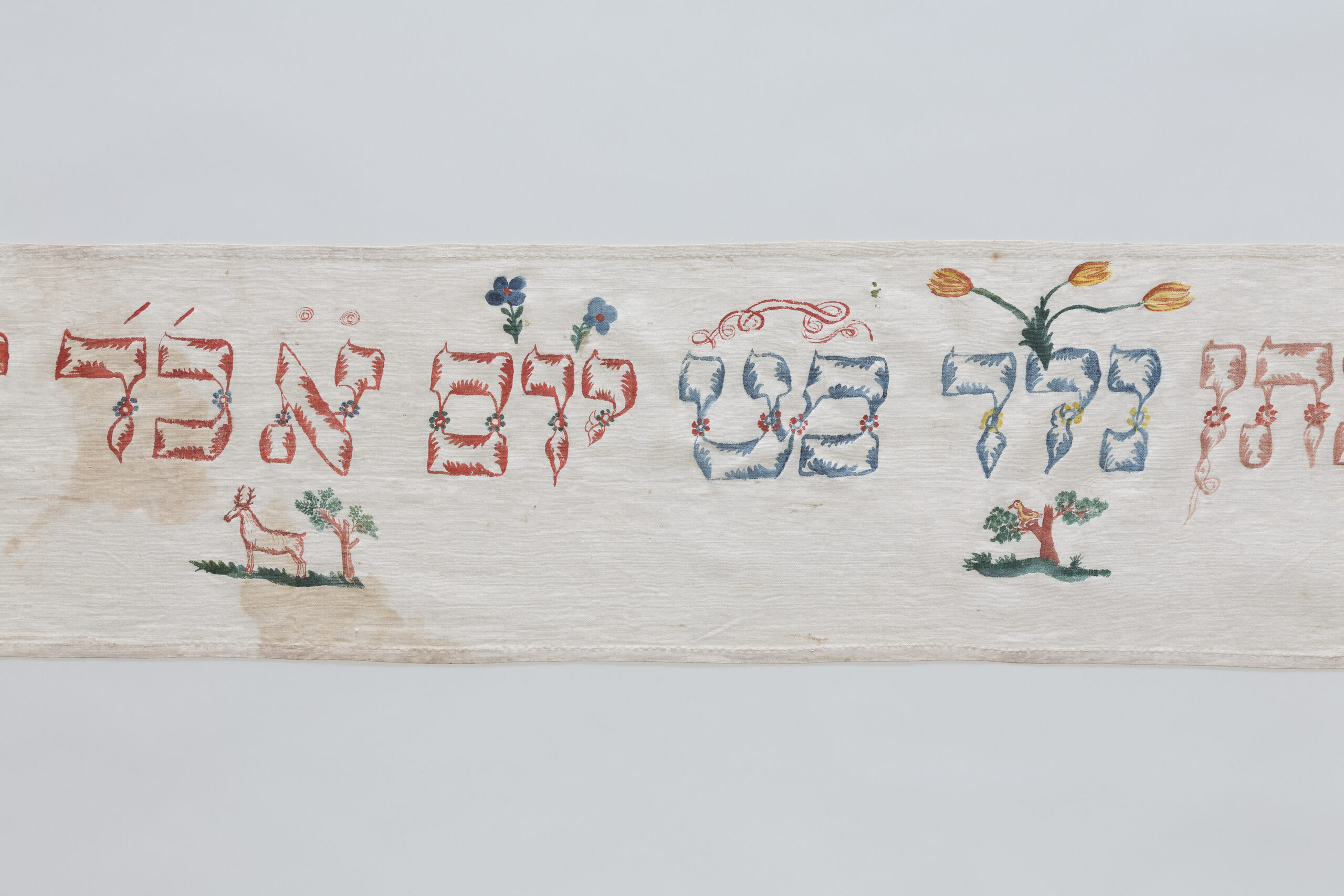 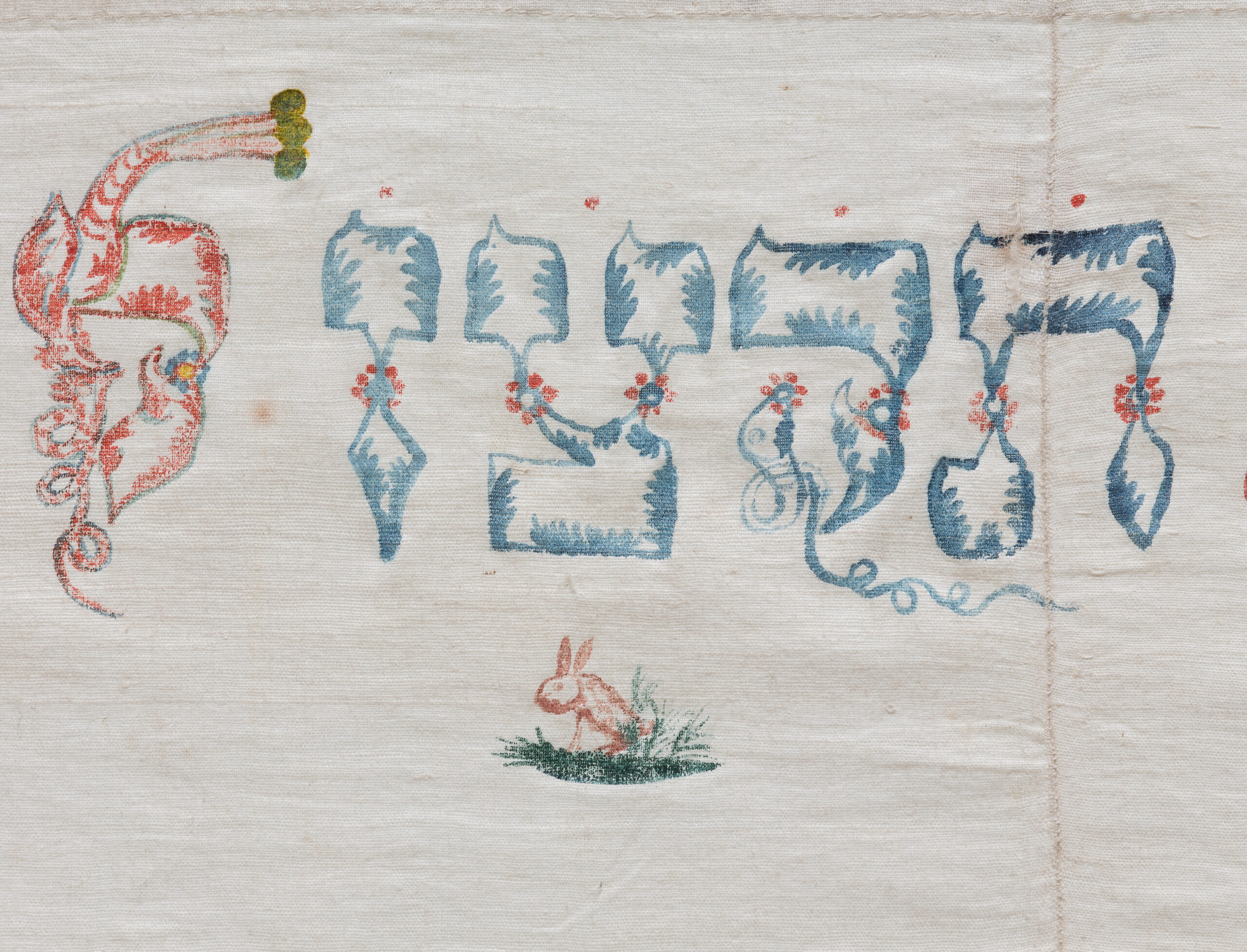 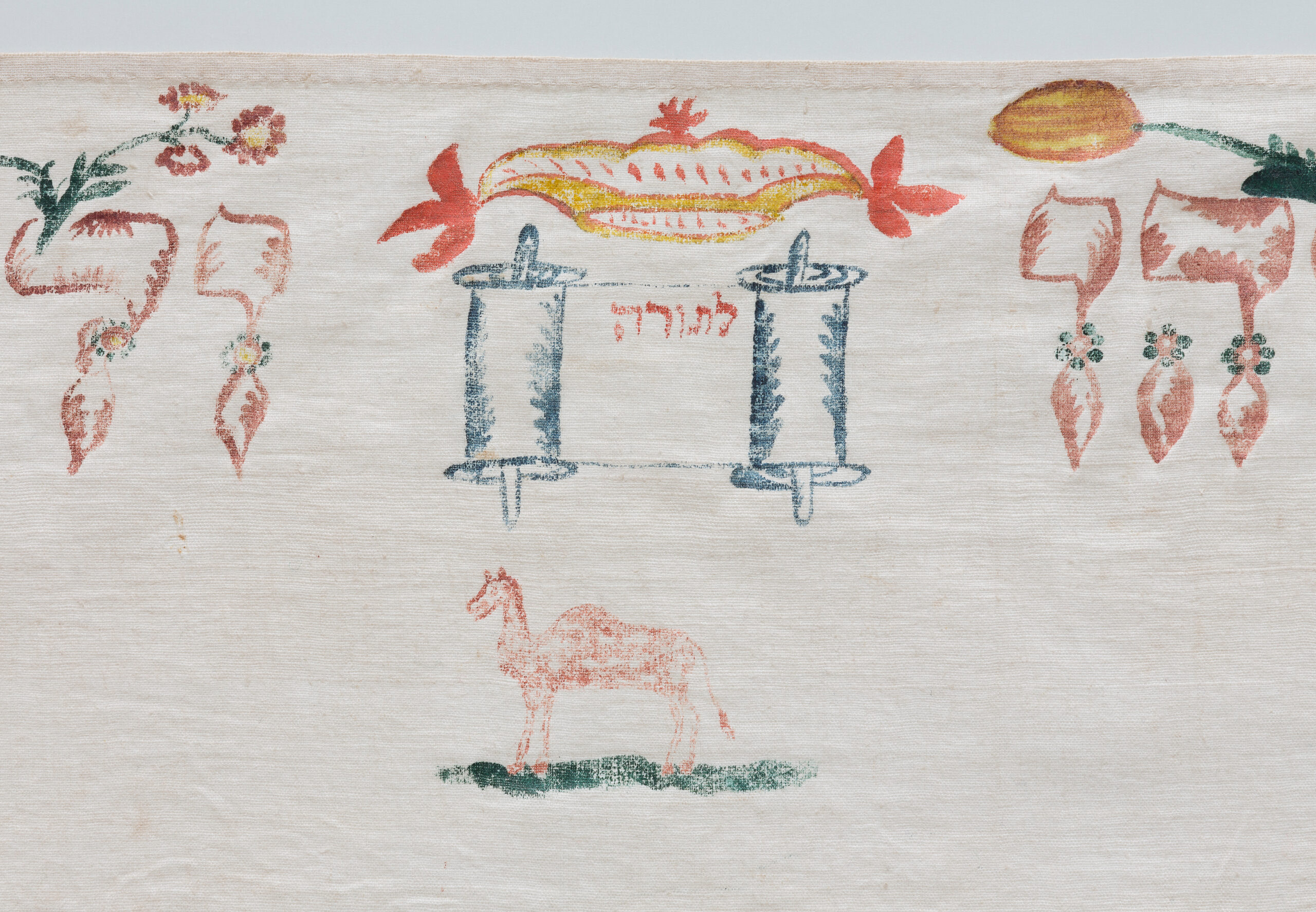