The Collection of Torah Binders at the Municipal Museum Göttingen

The Collection of Torah Binders at the Municipal Museum Göttingen

One of the first Torah binders was donated to the museum in 1897, eight years after it had been founded. The donor Siegfried Benfey, a Jewish citizen from Göttingen, was a member of the administrative advisory board of the museum. It was important to him to add Jewish cultural objects to the museum’s collection. Consequently, he donated several other valuable Judaica items as well. More binders must have come to the museum that same year, as no binders had been previously mentioned and the museum’s 1897 chronicle reads: “8. Room for Judaica … Collection of embroidered and painted Torah binders from 1646 to 1829.”

The dates, which were erroneous, were later corrected. What is important, however, was that there was already a separate room in the museum for Jewish sacred objects. This meant that Göttingen was probably the first museum in the German-speaking world to specifically collect and exhibit Jewish sacred objects together.

The next reference to the Torah binder were additions to the register in 1917. During the First World War the museum bought a collection of 18 Torah binders that came from the synagogue in Adelebsen. They were sold to the museum by Leopold Nathan, a former teacher in the Jewish community there. A soldier, he apparently offered the binders to the Göttingen museum when he was on furlough.

The current collection therefore consists of the pre-1917 collection, and the collection from Adelebsen, which came to the museum in 1917. The coherence of the Adelebsen collection makes it possible today to determine which objects belong to it, and which to the earlier collection.

The Torah binders were not mentioned again in the museum archives until 1949. After the end of the Second World War, when the Shoah had extinguished almost all outward signs of Jewish life in Germany, Mordechai W. Bernstein travelled through post-war Germany. On behalf of the Yiddish Scientific Institute (YIVO) he looked for and documented possible remnants of former Jewish life. His travels brought him to the Municipal Museum Göttingen in 1949. He was the first to recognise the exceptional value of the Göttingen collection of Torah binders, translating the inscriptions and making a decisive contribution to the first inventory of the collection.

“But I found the most beautiful and most unusual collection at the Municipal Museum in Göttingen, and although there are only ca. 30 objects, they certainly number among the most precious.

They date back to early times, namely to the first half of the 17th century. One has to say that the older the binder, the more colourful and interesting it is. Nearly every fabric sash is a work of art.

This collection provides material, and very rewarding material at that, for every art historian. The figures and symbols on these binders are a treasure for anyone who studies folklore.” 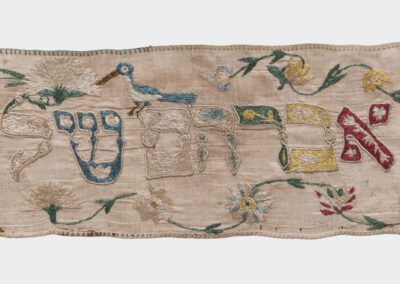 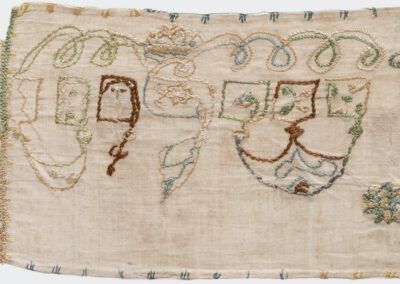 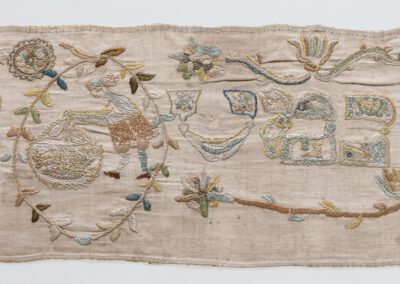 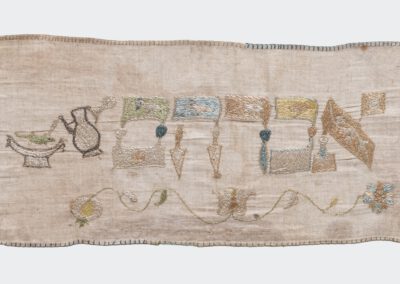 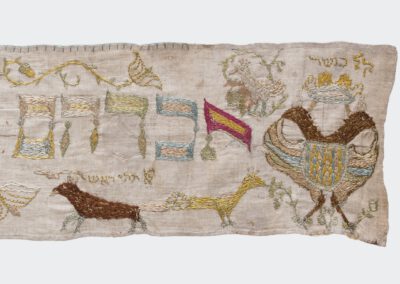 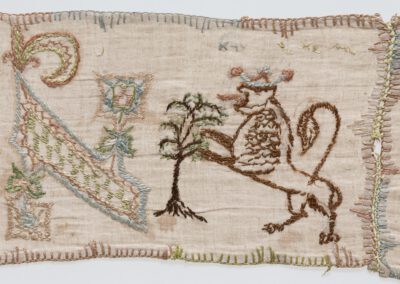 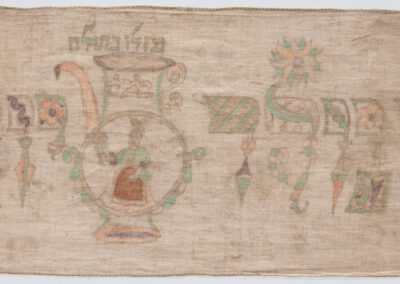 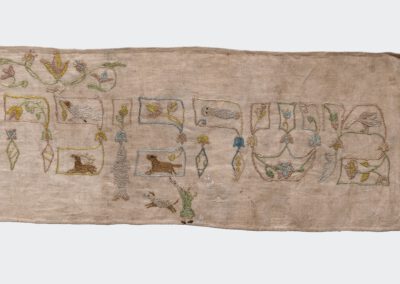 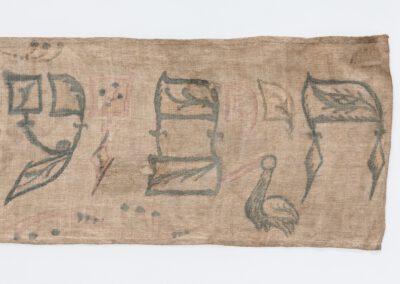 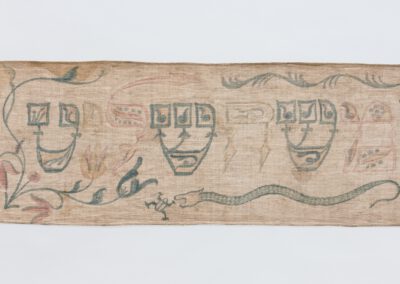 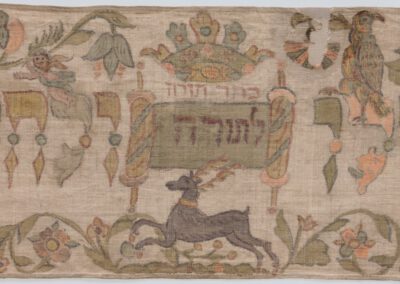 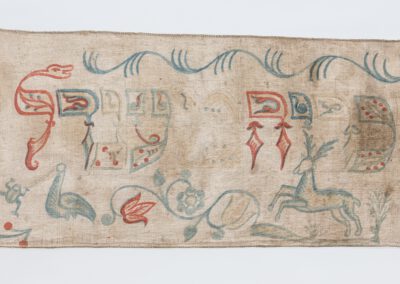 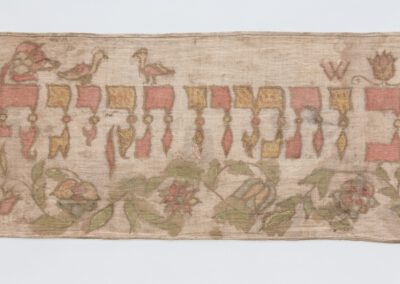 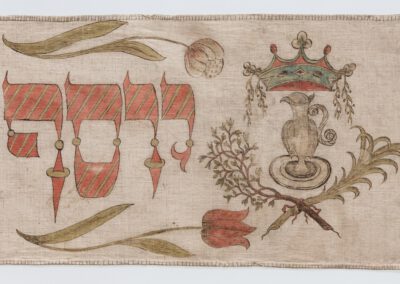 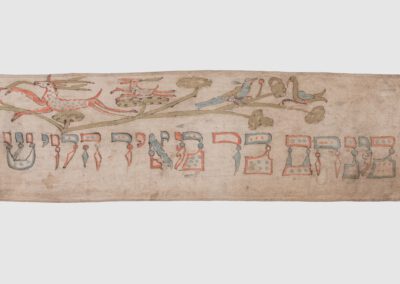 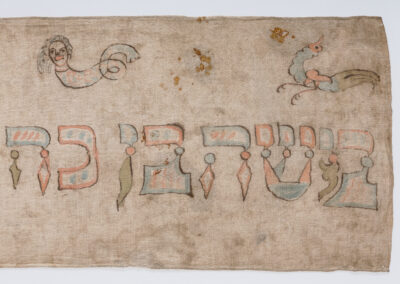 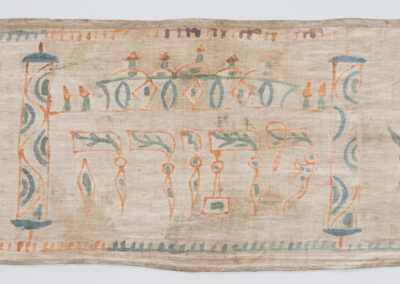 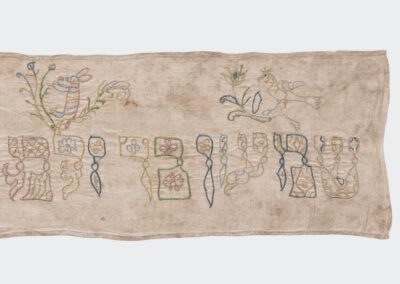 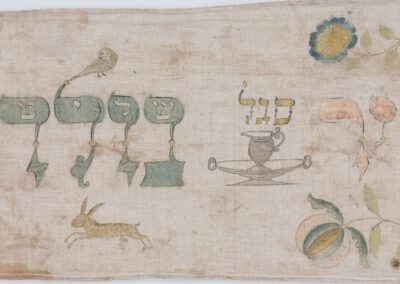 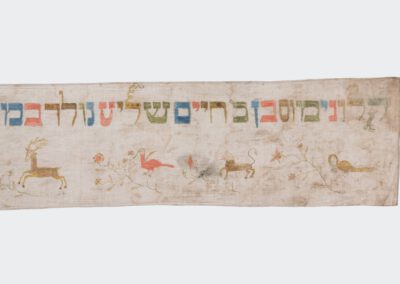 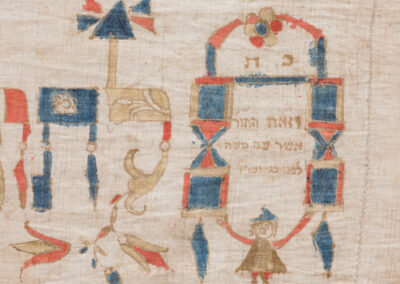 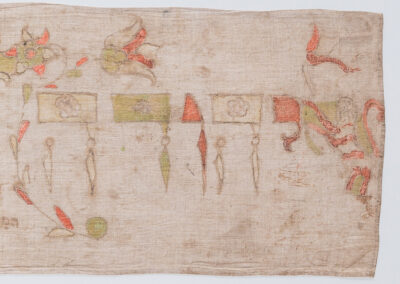 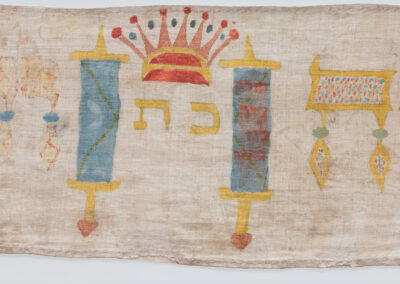 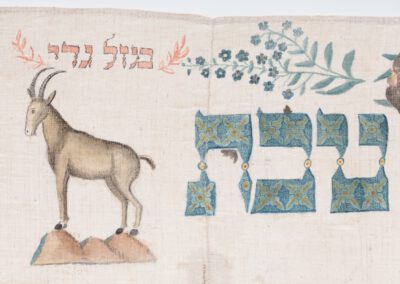 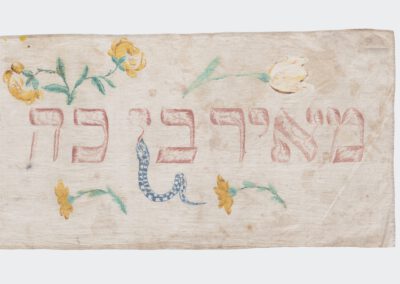 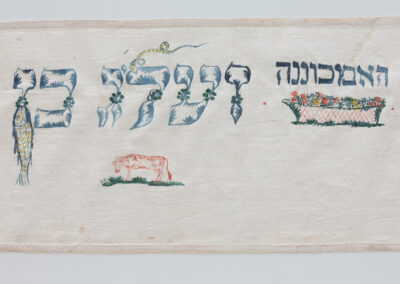 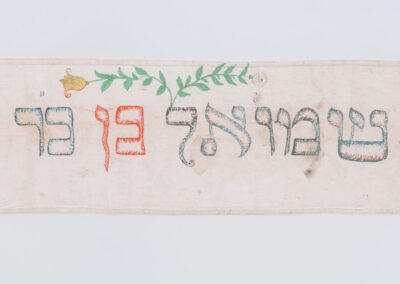 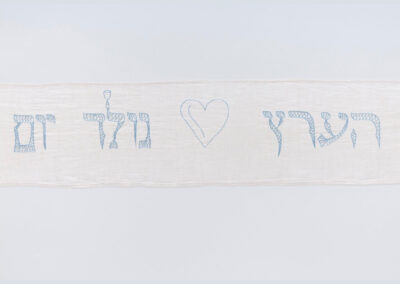