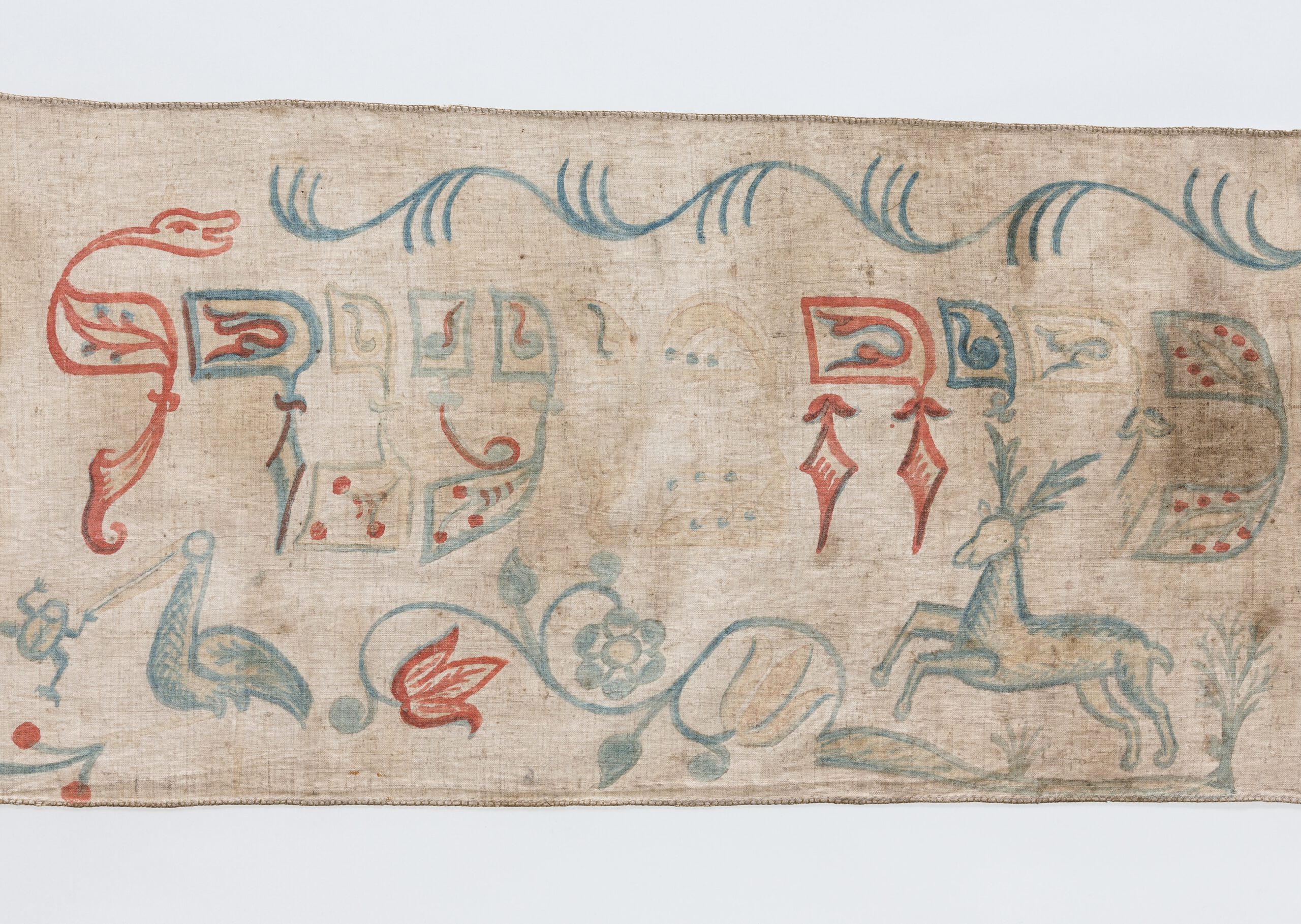 This Torah binder was made for Mendel/Emanuel Gumprecht, son of Moses Gumprecht from Göttingen. He was born on 28th August 1747 and lived in Göttingen as a “Protected Jew” from 1770 until 1796. He later lived in Hamburg and Hanover. He returned to Göttingen in 1811 and died there in 1819.

He was married to Esther Gottschalk. They were the parents of David Mendel. David converted to Christianity, was baptized in 1806, and took the name of August Neander. Neander studied Theology with an emphasis on Ecclesiastical History and became Professor for Ecclesiastical History in Heidelberg and Berlin.

The binder has three colours: the red and the blue are still vivid, but the third colour, yellow, has faded noticeably. Script, floral decorations and animal motifs are skilfully painted, whereas the human figures seem heavy-handed. An extremely well executed lion stylistically evokes a heraldic animal. Here too, jug and laver symbolise a Levite.

Moses is depicted holding the Tablets of the Law. One can make out horns on his head. The motif of a horned Moses has been adopted from Christian art. This motif goes back to a mistake. In the first translation of the Bible into Latin, the Vulgate, “coronata” (glorious) became “cornuta” (horned). This mistake was later also translated into German.

The bridegroom of the couple, depicted with a rabbi under the chuppah, hands his bride a ring as a token of the marital bond. This ring has only a symbolic character, though, as at that time it was not common to wear a wedding band. The ring was put on the (“strong”) index finger of the right hand, which is clearly visible on this binder. The chuppah is open on all four sides. The translation of chuppah is “covered”, symbolising the future home of the couple, It is also reminiscent of the tent dwellings of the ancient Israelites. 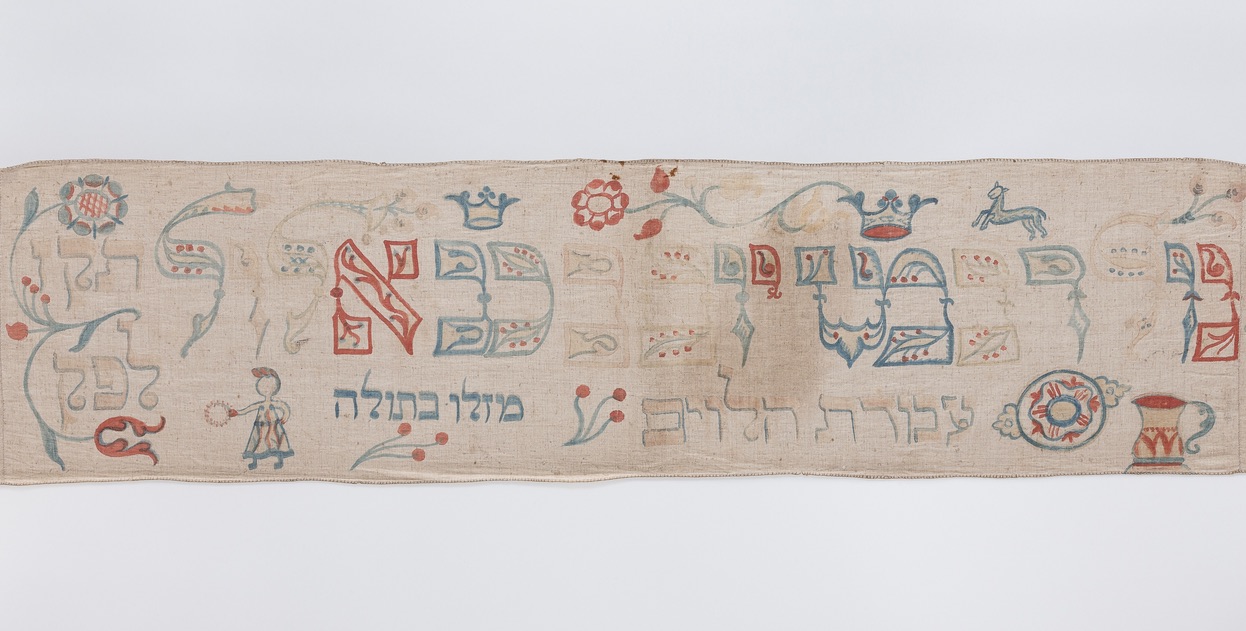 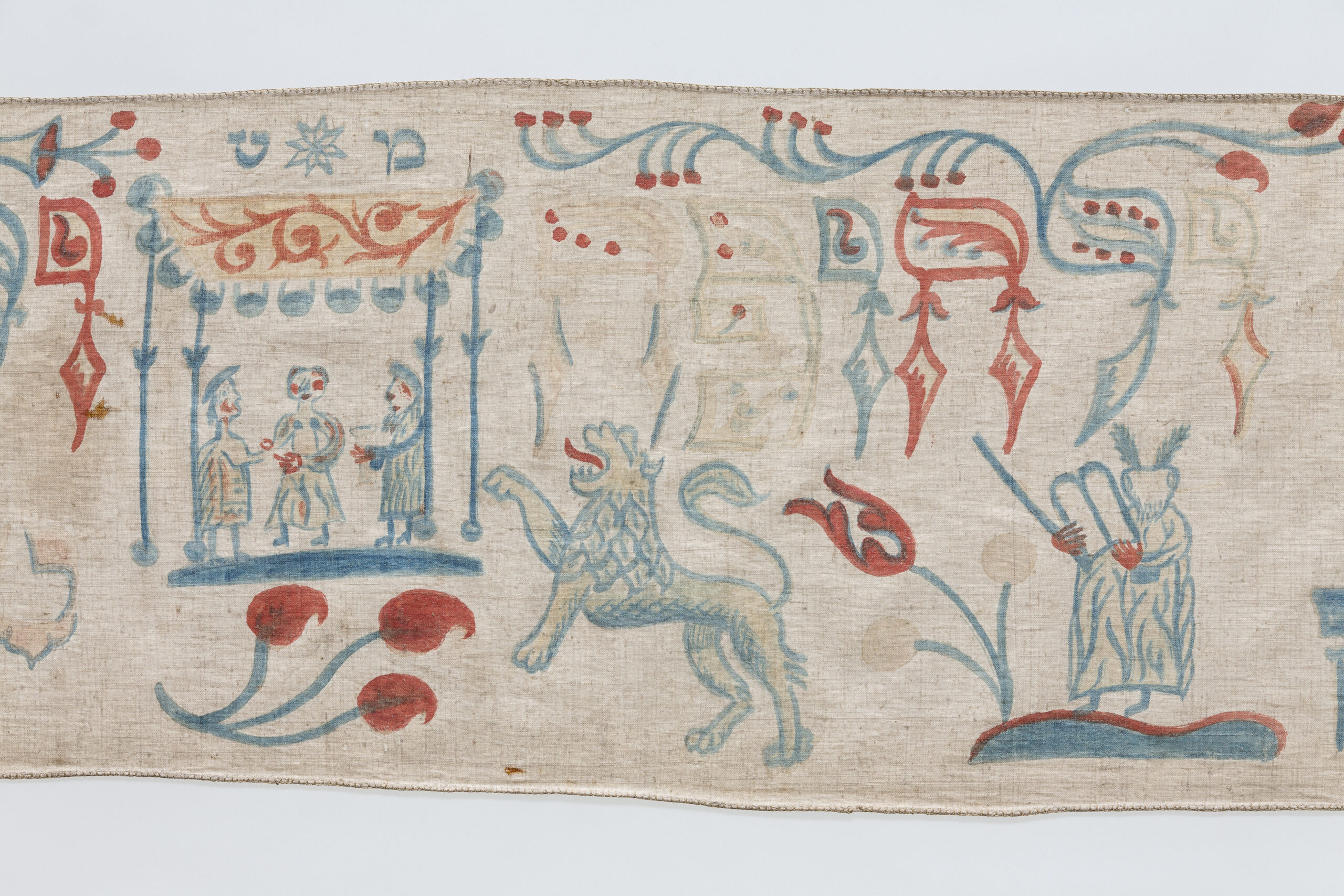