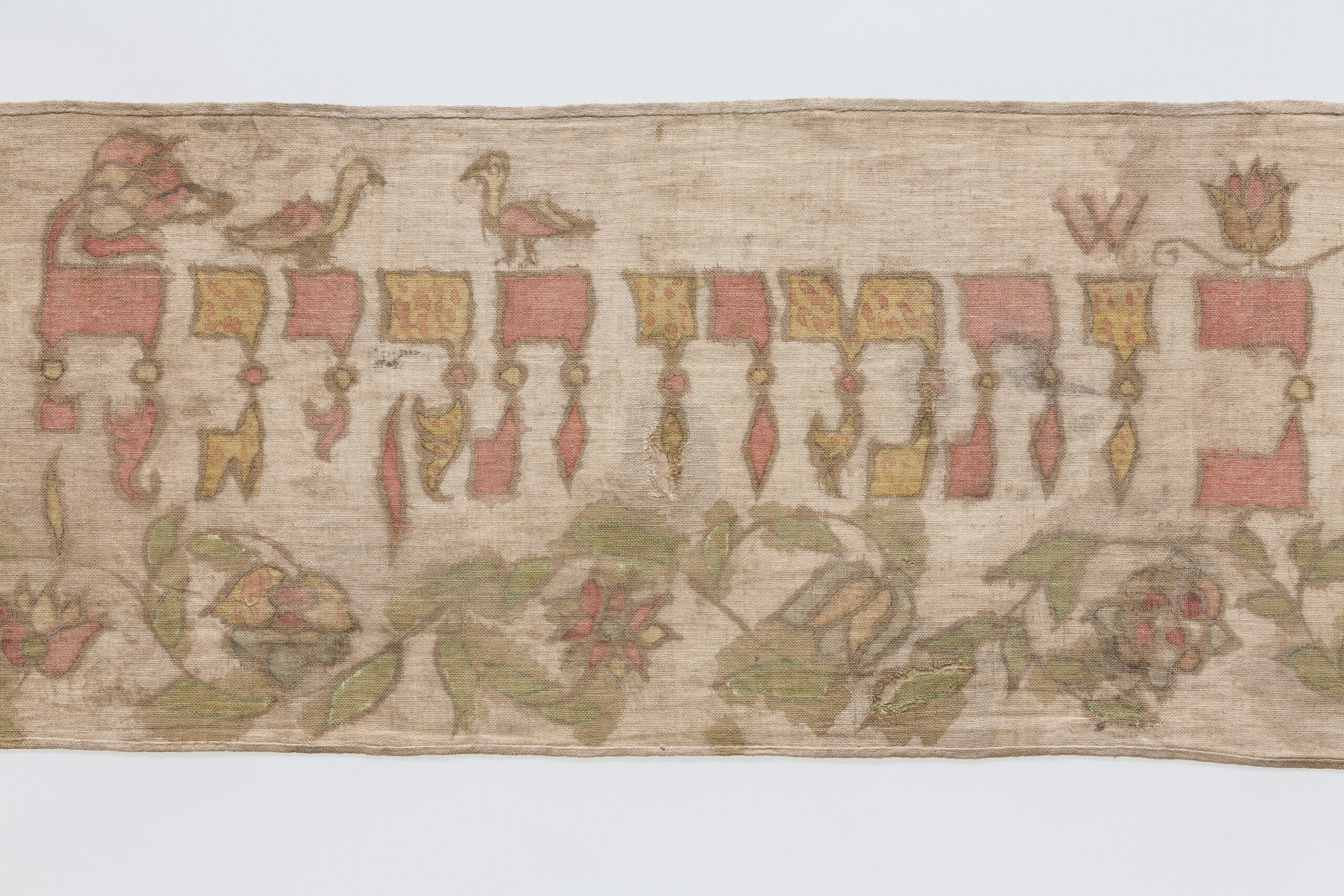 The biographical data for Ruben, son of Joseph Meyer from Lödingsen, born 1752/53, match this binder.

Script and flower garlands are painted skilfully and fluidly. By contrast, the bridal couple under the chuppah are painted in a rather clumsy manner. Many binders show varying degrees of skill in the painting, especially obvious when comparing script and figures. The script could be executed with the aid of pencilled guide lines, whereas people and animals had to be drawn freehand. Certainly a scribe working for the community would often be commissioned to do the lettering of a binder. Other painted elements may have been added in a private context, or the hired scribe may not have been skilled at freehand drawing, and particularly weak in representing the human form.

Later, when Jewish schools were founded at the end of the 18th century, motif painting may well have been taught alongside calligraphy. The Landesmuseum Braunschweig has the fragment of a chintz strip of cotton (dated 19th century, inventory number Zg 2911b) from the former Samson School in Wolfenbüttel (1786–1928). The fragment shows clear preparatory drawings and aid lines as well as some motifs which appear on binders and the words “ … and to good deeds. Amen Selah”. Among other subjects, calligraphy was taught at the Samson

School. It is conceivable that this fragment was used for practise or that it was a template. This would be proof that at Jewish schools, which were founded in greater numbers in Germany from the end of the 18th century, one of the subjects taught was painting (also specifically for Torah binders). These public schools, where German was taught, were an important step, at that time, towards Jewish emancipation. 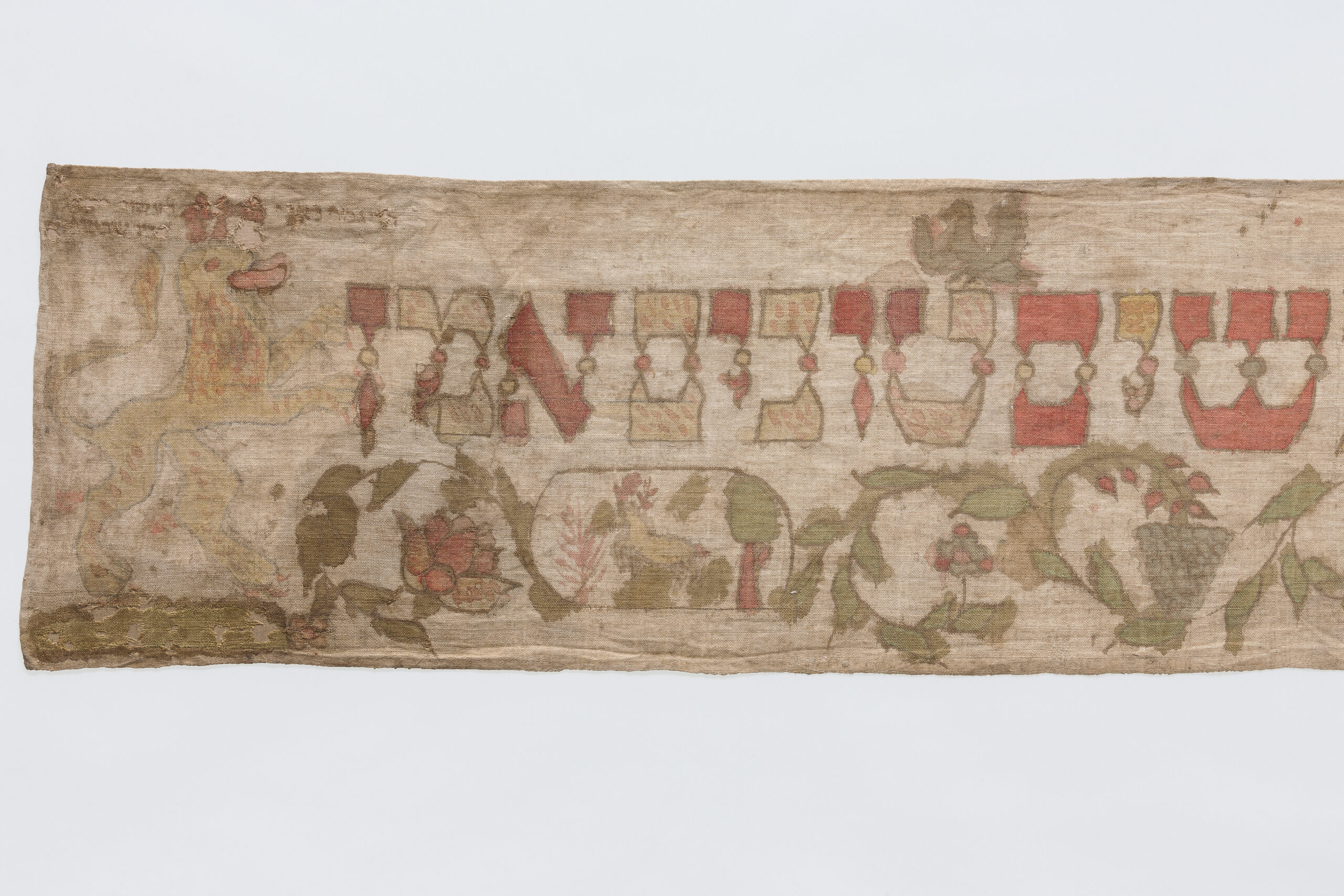