This Torah binder was made for Joseph Gumprecht, son of Jacob (Yokev) Moses Gumprecht from Göttingen.

Joseph Gumprecht was born in Göttingen on 2nd July 1772 and he died in Hanover on 1st January 1838. He enrolled at the University of Göttingen as a medical student on 12th September 1787 and received his doctor’s degree in medicine there on 16th December 1793.

From 1799 until 1806, he worked as an external lecturer for Pharmacology and Obstetrics in Göttingen. From 1806 until 1819, he practiced medicine in Hamburg and then became a scholar in Hanover.

The painting of this binder is well-balanced in both the colouring and execution. It was obviously carried out by a practised hand throughout. Script, decorative motifs and illustrations are of the same high standard. The lettering is filled with graphic or floral painting. On the upper and lower seam, the blessing is accompanied by flowers such as daffodils, and lilies of the valley, as well as many tulips. At the top of the wimpel, a crowned jug identifies the family of Joseph as Levites. In the middle of the wimpel, the zodiac sign is depicted as a crowned crab (Cancer) in a laurel wreath. Under the chuppah the groom hands the wedding ring to the bride. Behind him stands the rabbi with the wedding cup and marriage contract, the ketubbah. The groom is dressed according to the fashion of the time, the late Rococo, wearing breeches, the culotte, and a vest and frock coat, the justaucorps. Underneath his headdress, a cocked hat, one can make out white hair, powdered and arranged in curls (probably a wig). The high-necked dress of the bride is not shown in such detail, but the silhouette is also that of the fashion of the time. A high bonnet covers the woman’s hair. 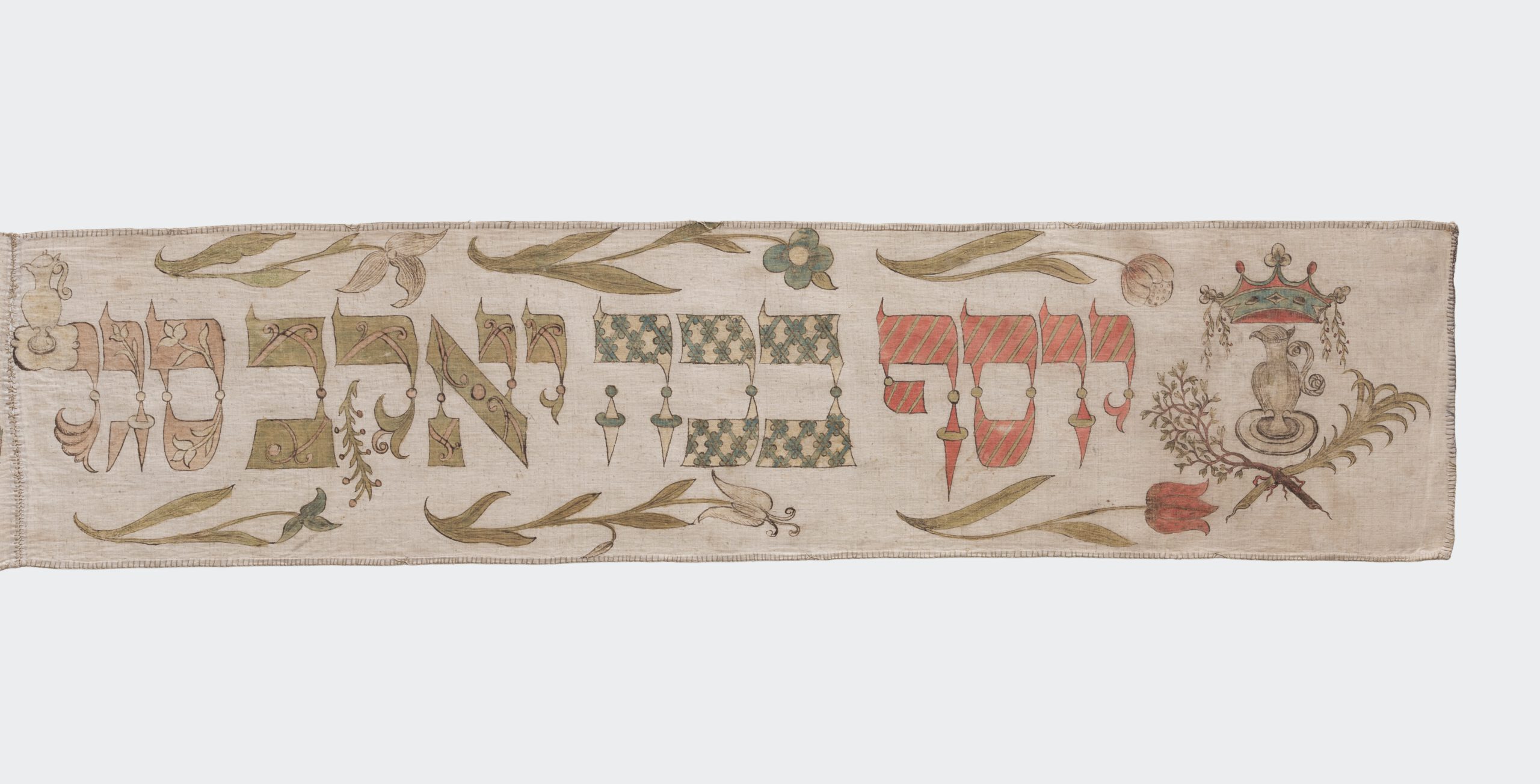 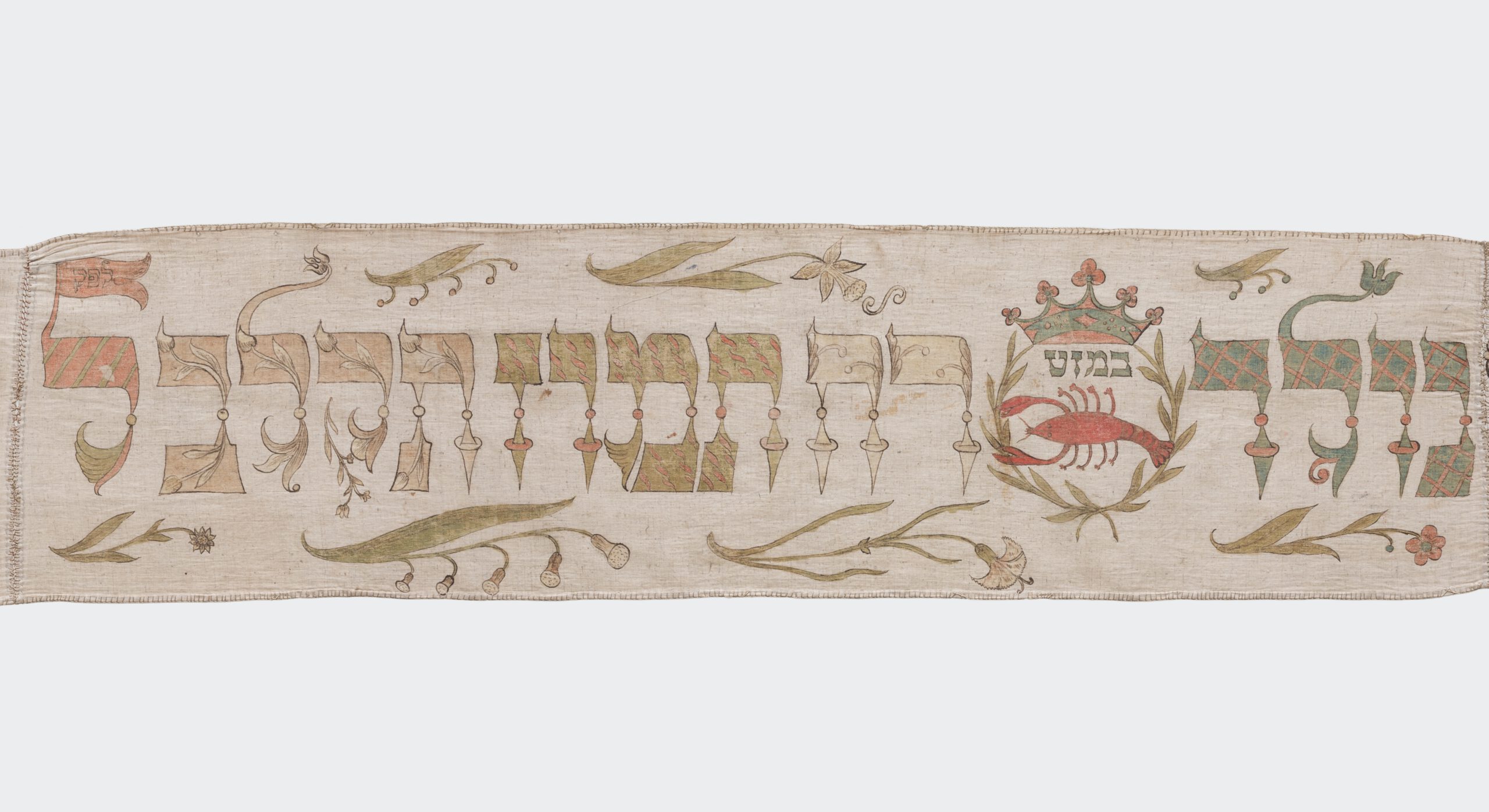 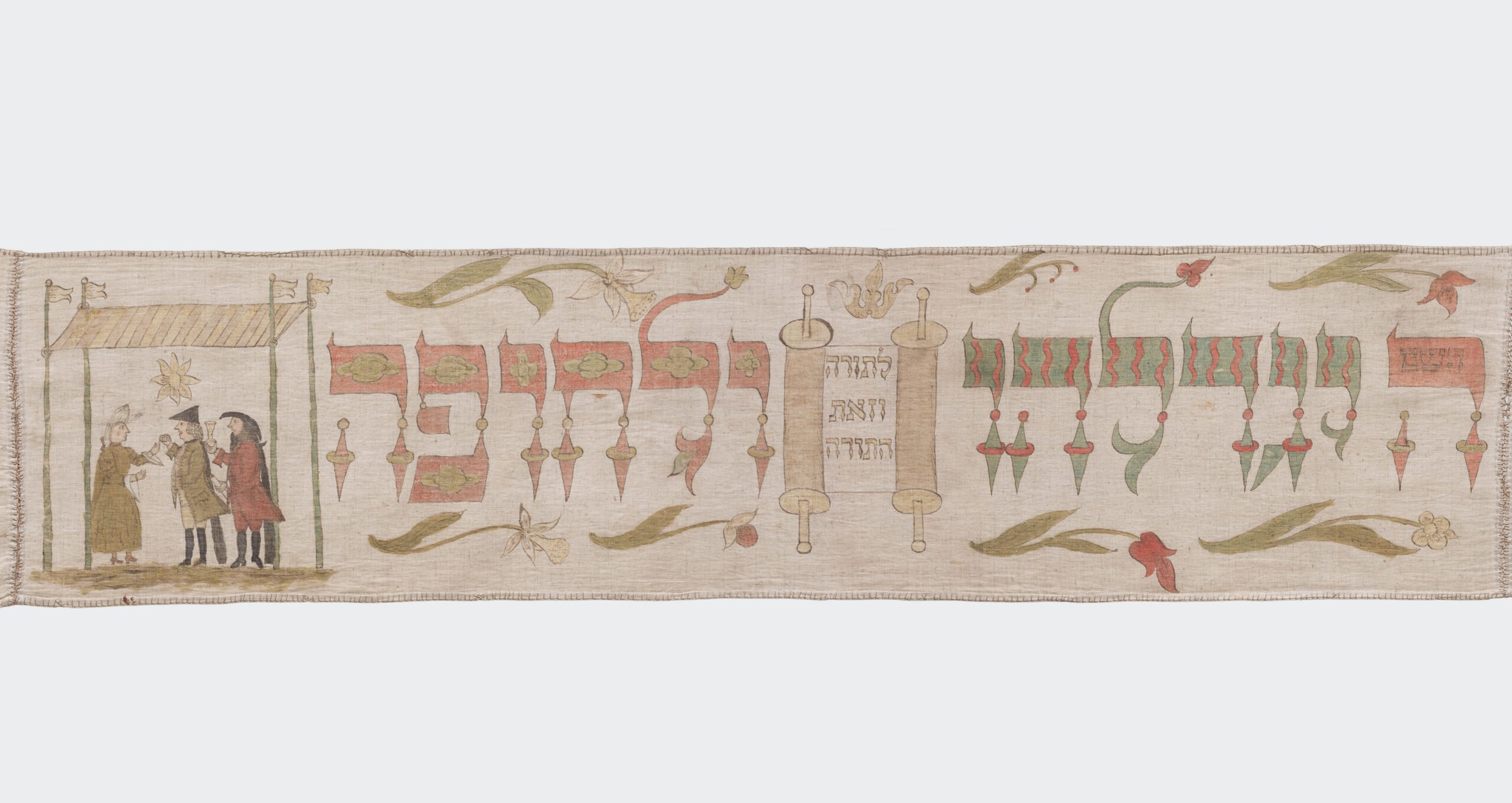 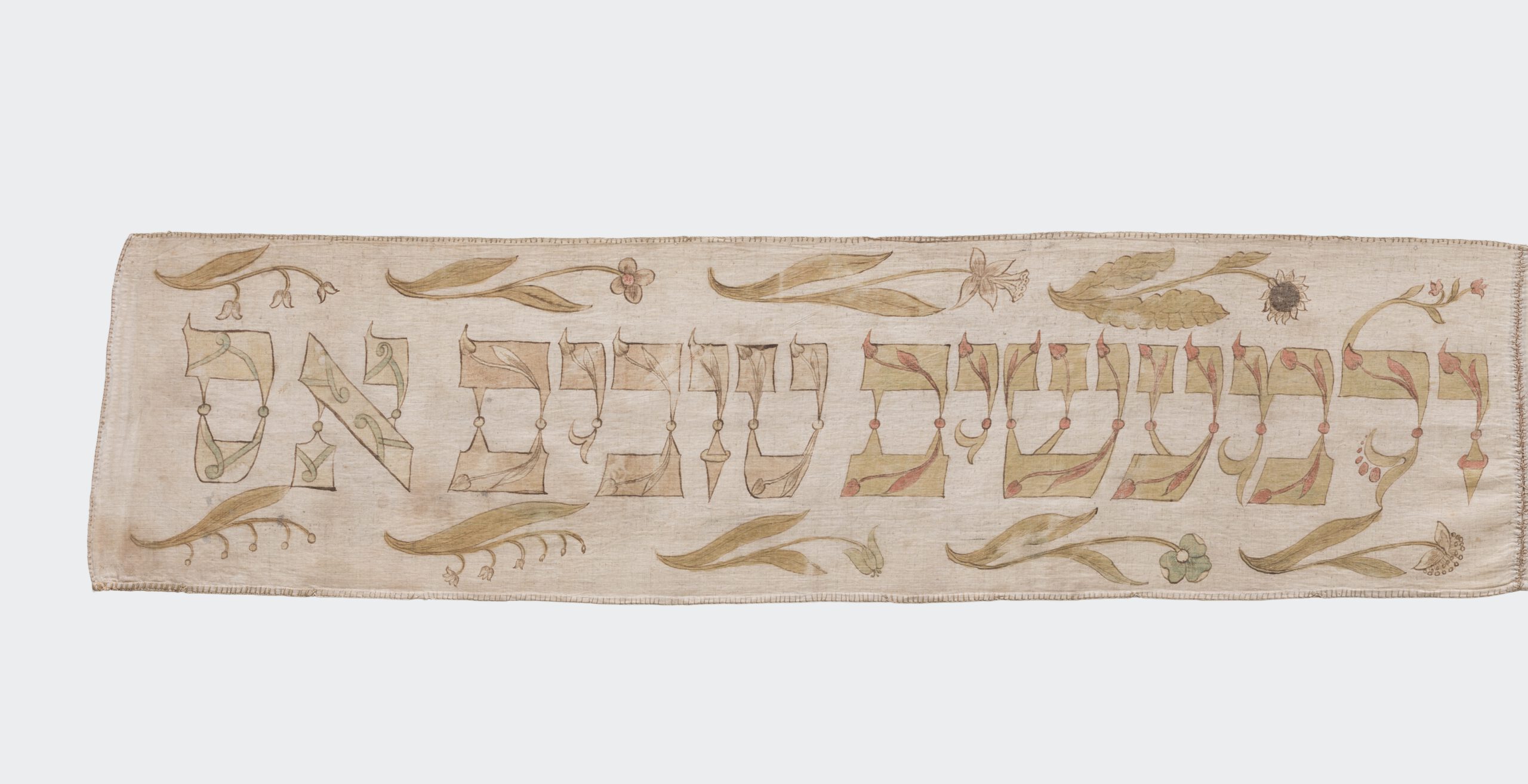