This Torah binder belongs to Baruch Meier Eichenberg, son of Meier (Levi) Eichenberg. According to the family register, he was born in Adelebsen on 4th September 1778. He was a horse dealer and died in his hometown of Ade leb sen on 14th July 1850.

Here, too, a female creature with long, curly hair is depicted. The serpent-like body shows fins and scales. The figure has also two arms, and holds branches in her hands. The word “chuppah” is framed by two poles of the wedding canopy, the word “Torah” is framed by the staves of an unrolled Torah scroll. Well-painted birds sit on a few simple flower ornaments.

A beam scale symbolises the zodiac sign Libra. The painted hemstitch on the vertical edges is reminiscent of older embroidered binders, which are often bordered using coloured hemstich. 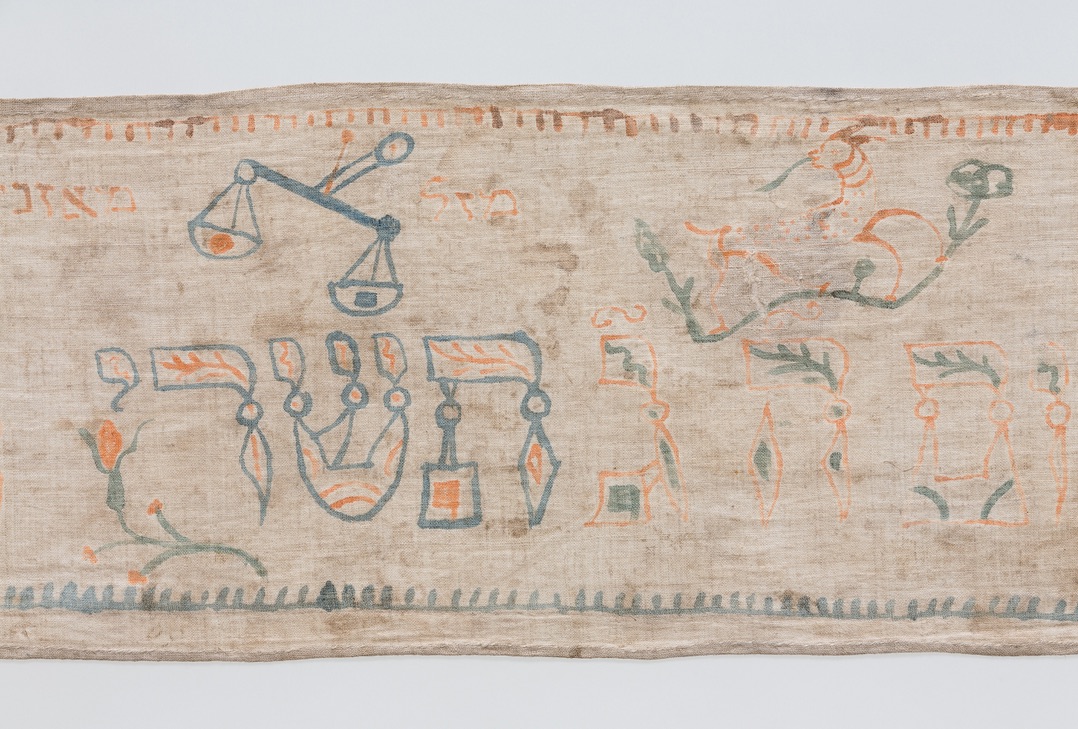 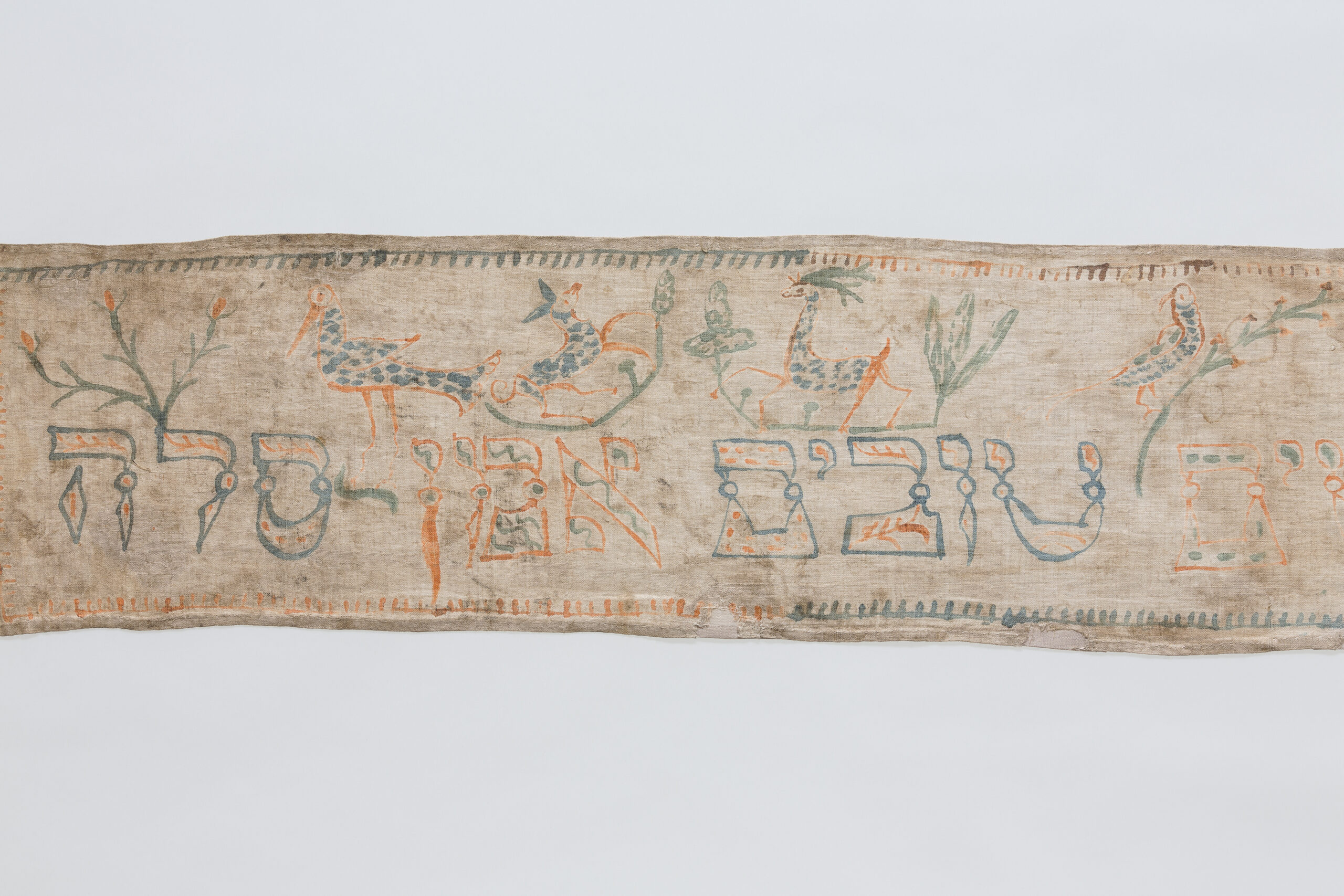